Ben and his best friend Sophie are slightly zombie-obsessed. Zombie video games, movies, comics – you name it. But now their obsession with the living dead is starting to spill over into everyday life, and they’re starting to see creepy things wherever they look, like the secret room Ben finds at school, or the way the mysterious Mr Slender keeps popping up where he’s not wanted. Ben knows something sinister is happening inside the hidden room, but is uncovering the secret worth becoming a member of the undead horde?

Zombiefied! is a perfect first introduction to horror for kids aged 7 and up who, like Ben, are slightly zombie-obsessed. While there’s some definite creep factor here, it never becomes nightmare-inducing, so it’s safe to put into the hands of younger readers if they’re not quite ready for Stephen King-level scary. 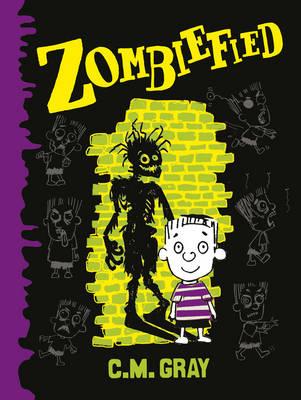