Year of the Monkey by Patti Smith

In the final song of possibly her most famous album, Patti Smith proclaims ‘I don’t know what to do tonight / there must be something I can dream tonight’. Horses was released in 1975, but with the advent of her new book The Year of the Monkey it is clear that Smith’s preoccupation with the intersection of dreams, life and art is abiding. In this work, which intentionally blurs the line between fiction and nonfiction, Smith moves through the year 2016 via the junction between dream and reality in order to explore the omnipresent phenomena of change. Providing the reader with an insight into temporal movements which are universally relatable and yet difficult to define. As Virginia Woolf famously remarked, ‘change was incessant, and change perhaps would never cease’.

In Year of the Monkey, Smith approaches change in its numerous facets as she drifts through the American landscape, having equally engaging conversations with her famed artistic milieu and ordinary people alike. These facets include but are not limited to mortality, politics and ecology. Known for her activism, it is unsurprising and clear that Smith is keen to use the book as an intervention into what she sees as impending (if not already arrived) catastrophe. However, these interventions never become didactic, and are instead woven effectively through her dreamscapes using magical realism and personal anecdote. The blurring of art and life has long been a central tenet of the avant-garde, and in this new book Smith again proves the personal is absolutely political.

Further to its political resonance, Smith’s poetic prowess is on full display in Year of the Monkey. Any fan of her extensive musical discography, as well as readers of Just Kids or M Train will find more to love in this new book from one of our greatest artists. 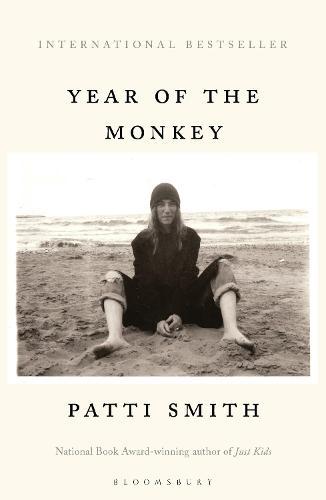