Wombat, Mudlark and Other Stories by Helen Milroy

Wombat helps Mother Earth recover the eternal flame in her belly. Mudlark discovers the reason for Sun’s burning anger and soothes him. Clever Penguin stops Whale from stealing from Sky, and finds him a new family.

This delightful collection of eight stories shows animals as protagonists and heroes, and elements of nature (rocks, trees, moons) as possessing personalities and feelings. The stories sometimes describe vast and timeless events, such as the creation of stars and landscape transformations, but they always come back to smaller problems and the close relationships between animals and nature. Each story begins with an illustration and a sweet paragraph that relates the characters to a particular type of child, praising valuable qualities such as imagination, optimism, loyalty, helpfulness, enthusiasm and bravery.

Wombat, Mudlark and Other Stories is Helen Milroy’s writing debut, but she is well-known as Australia’s first Indigenous doctor and as a child psychiatrist who uses her stories and artworks extensively with children. It’s no wonder, then, that these simple and direct stories demonstrate huge amounts of emotional intelligence. For ages 5+. 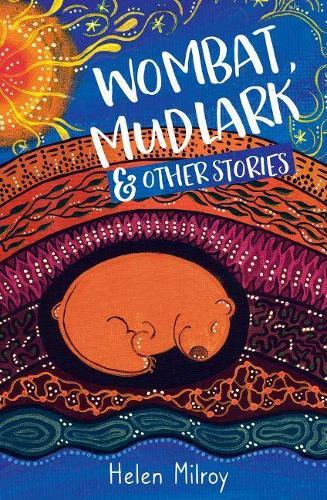