This House of Grief: The Story of a Murder Trial by Helen Garner

It’s difficult to loudly sing the praises of a book that covers such a harrowing subject. I had anticipated the release of Helen Garner’s new non-fiction since early in the year, though the title of the work, in itself, seems to request a hushed reception. On Father’s Day in 2005, a car driven by Robert Farquharson, carrying his three young sons, veered off the highway outside of Winchelsea and plunged into a dam. Farquharson swam to shore, but his children drowned. In This House of Grief, Garner follows the subsequent murder trial, a case that stretched over eight years, and seeks to answer the incomprehensible: was Farquharson’s a deliberate act?

It would be misleading to say this is an enjoyable read, but it ripples with the strength of Garner’s prose: she portrays the courtroom vividly, bringing the parading barristers, Farquharson’s indignant sisters and string of frustrated expert witnesses all piercingly to life. Over the days that I read this book I felt like I sat there with her, behind the scrimmage of journalists, a sullen, sunken Farquharson just beyond my direct gaze. He is perhaps the haziest of characters here – Garner never speaks with him or his immediate family. Though after finishing the book I’m stuck with the image Garner paints of him holding a handkerchief to his wincing, puffed face. Small details like these are riveted to my memory, an effective technique of Garner’s.

It takes time to feel Garner’s point of view. She positions herself as a divorced woman, and this tenders her narration with an interesting perspective as it suggests she might feel sympathy, even just a thread, for the embittered ex-husband. Do we, as readers, feel a flicker of this too? When the murder trial begins, Cindy Gambino, Farquharson’s ex-wife, attests on the stand to belief in his innocence. The narrative turn comes in step with the change in testimony of Gambimo, who, in the retrial three years later, says she now believes Farquharson’s actions were intentional. We are jolted from the semantics of witnesses endlessly going over tyre treads in the grass, or misplaced yellow paint marks made by the Major Collision unit on the bitumen where the car was thought to have left the road, to something that feels closer to a truth, however elusive. This is a gut-wrenching, tense study of a murder trial, brilliant in its precision and perception. 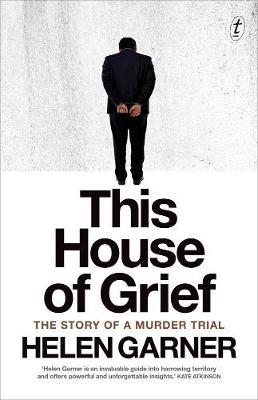