The Wooleen Way by David Pollock

’Pastoralism might be a dirty word in Australia. I think there is a certain correlation in Australian’s minds between pastoralism, colonisation, the displacement of Aboriginal people, and soil degradation. I think if we’re honest about it, we can see that pastoralism in Australia has worked the way strip-mining has: plants are denuded by sheep, living soil is eroded, biomass is turned into a salable product (wool) and exported overseas. It’s an exploitative and extractive industry. But it doesn’t have to be this way. Indeed the Latin root for pastoral not only means to feed and maintain, but also to protect.’

And protect is exactly what David Pollock is doing on Wooleen, his 153 thousand hectares of pastoral lease in the Southern Rangelands of Western Australia. Pollock had already started to question the way Rangelands were managed when he inherited his land in a degraded condition. By the time it was his, he knew it was his responsibility to make the land whole again. But restoring land from 200 years of abuse is a difficult journey. Criticising government policy, questioning the Pastoral Lands Board, inviting dingoes onto his land; none of these things would win Pollock any friends. While other pastoralists thought him crazy to destock his land for so long in order to regenerate it, ANZ threatened to foreclose on him.

By asking difficult questions and following the advice of ecologists who were working against received wisdom, Pollock has managed to bring water back to Wooleen Lake, attract native wildlife, build soil health, and make muddied rivers run clear. Pollock pulls no punches. He questions whether land essentially owned by banks can ever be sustained as a public resource, and criticises government policy that favours short-term profit over environmental restoration and Indigenous land management. 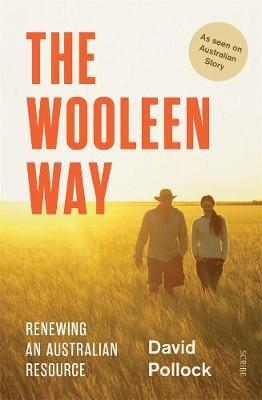