The rise of commercial cinema in Australia and the nascence of our independent film industry provide a fascinating backdrop to this meticulous academic biography of the two Frank Thrings, father and son.

A self-styled citizen of the world, Thring Snr was the nouveau riche movie magnate who oversaw the construction of some of Australia’s most luxurious movie palaces in the 1920s, including Melbourne’s Regent Theatre. Later, he founded Australia’s first talkies studio, Efftee Films, securing the Thring family fortune in the process.

Frank Jr, however, was flamboyantly gay and had little interest in dynasty. A sybarite and a personality beyond compare, he courted both fame and acclaim as a character actor, treading the boards of London’s stages and chewing the scenery in king-sized Hollywood productions such as Ben Hur. The Thring dynasty died with him.

Fitzpatrick has drawn on an exhaustive range of sources, from public records and surviving promotional materials from the day to his own interviews in researching this book. His prose might lack the vim of a Peter Biskind, but with subjects as ostentatious as these, his book certainly doesn’t want for incident or appeal. Definitiveness is what’s called for here, and on that front Fitzpatrick delivers. 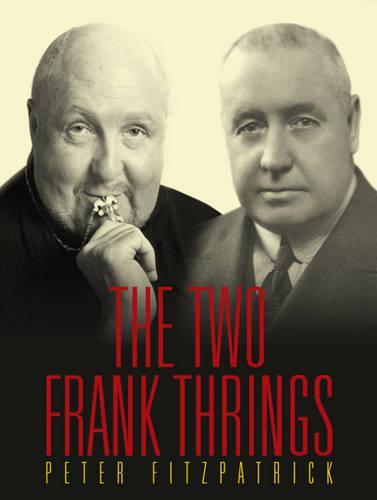