The Short Goodbye: A Skewed History of the Last Boom and the Next Bust by Elisabeth Wynhausen

Reviewed by Jo Case, editor of the Readings Monthly newsletter

Elisabeth Wynhausen was writing a story about people being given ‘the pink slip’ when she received one of her own. The Australian journalist was luckier than many, receiving two years take-home pay as compensation – and welcoming the time to write a book about the ramifications of the GFC for ordinary people, which she was now ideally qualified for.

Wynhausen’s first book, Dirt Cheap, was a local version of Barbara Ehrenreich’s worldwide bestseller Nickel and Dimed, reporting on life for minimum-wage workers from the inside. In this book, she again walks in Ehrenreich’s footsteps, reporting on the experiences of laid-off middle-aged workers looking for employment, as Ehrenreich did in Bait and Switch. The difference is that Ehrenreich impersonated a laid-off white-collar executive – Wynhausen is one, allowing deeper insight. But reports on the experience of being retrenched – and her interactions with Centrelink and government-outsourced employment providers – are just one aspect of the book. (‘How could you make this stuff up?’ she observes of the surreal and dehumanising way these agencies work.) It’s also a considered investigation into how the financial crisis unfolded at a basic human level, from a variety of perspectives.

She tells the stories of labourers who lost their jobs at a woefully mismanaged Newcastle engineering company; a once high-living Lehmans London trader now unhappily resigned to a life selling pasta sauces; and the ‘mum and dad investors’ who lost their savings (and for many, their homes) at the hands of deceitful Townsville company Storm Financial. ‘I think he targeted people unsophisticated about money … he sold us the dream,’ reflects one former Storm client.

This is an absorbing and easily digestible read, with some affecting stories, nicely fleshed out with well-selected quotes from Wynhausen’s interviewees. It’s also an astute analysis of what went wrong – and a reasoned critique of our stubborn reluctance to change, despite the human collateral of our way of doing business. 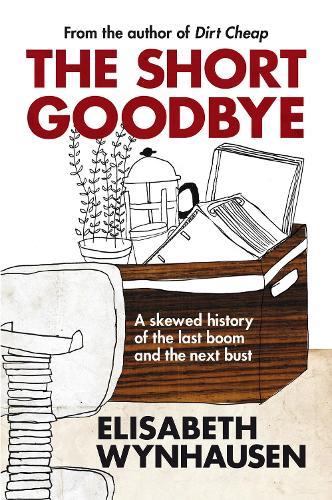 The Short Goodbye: Skewed History of the Last Boom and the Next Bust