Gideon Haigh is quite simply one of the best – and most intriguing – writers working in Australia today. He is amazingly prolific on a variety of subjects, but entirely consistent in delivering elegant prose that engages thoughtfully with his subject and wears its (often considerable) research lightly.

The Racket is a narrative history of abortion in Australia prior to its legalisation in 1968, detailing the Mob-like web of criminal influence that ran the highly lucrative ‘racket’ and fleshing out the stories of the people caught in it, from the abortionists, police and courts; to the hospitals often charged with finishing dangerously half-done jobs; the women and their families who were driven to what was then a dangerous and desperate act; and Bertram Wainer, abortion’s crash-through-or-crash campaigner.

This is not a book that makes moral judgments on either side, but it does give us a local and historical perspective on an issue that is often framed, these days, in terms of the quite different contemporary American debate about right-to-life versus right-to-choose. For me, this book brought home how important it is to have access to safe medical abortions – the alternatives for desperate people, as shown here, are deeply disturbing.

Jo Case is the editor of Readings Monthly and associate editor of Kill Your Darlings journal. You can follow her on Twiiter - @jocaseau. 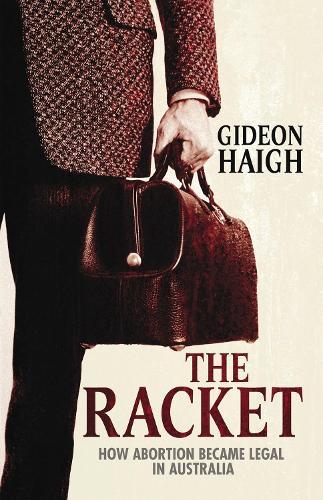