The Pillars by Peter Polites

This is Peter Polites’ second novel; his first, Down the Hume, was shortlisted for a NSW Premier’s Literary Award in 2018. We know, therefore, that he is an author who can tell an Australian story. Polites’ power as a writer is that he is relentless. Every sentence is an observation and recalls a sharp perceptiveness about how people live and why. This type of prose keeps the story moving along at tremendous speed. One moment you’re dwelling on the anguish of Alzheimer’s and the next you are thrust into a sex scene that is seemingly deliberately brutal. In between observations about an aging mother and acknowledgments of racism, sexism and homophobia, there is the authentic narrative of a changing suburban landscape. The title of this breathtaking novel is a giveaway. The symbolic meaning of pillars is the notion of stability, whereas a broken pillar represents death and mortality. The Pillars is a novel that deals with that very paradox.

The protagonist, Pano, is working as a writer and also lobbying against a mosque being built across the road from his home. Moreover, he’s being paid to ghost-write for a wealthy property developer. In the midst of it all, Pano is asking the universe for meaning. The changing, affluent times are making him reflective.

Do not read this novel if you are offended by graphic language. However, do read this book if you want to understand more about being marginalised. Read it if you want to know what it’s like to be Greek and gay and alone amongst crowds of talkers. You’ll devour it if you were a fan of Tsiolkas’ Loaded or Merciless Gods. It’s not a story for everyone, but nevertheless Polites’ voice is essential if we are ever to live in an egalitarian society. 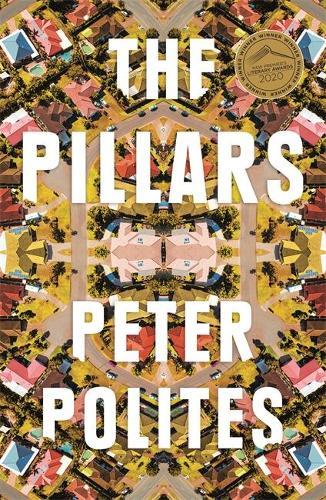