The Perfect World of Miwako Sumida by Clarissa Goenawan

It only takes a few lines of reading to discover that the character of the novel’s title is dead; she has committed suicide, leaving behind a young coterie of confused and devastated friends. They each think they knew her, but none can make sense of her ultimate decision. The narrative is organised into three sections, each focusing on one of Miwako’s friends. The first is Ryusei, her not-quite boyfriend, who has received letters Miwako sent after her disappearance, but they give him few clues. The second, Chie, is a friend from school days, party to a number of secrets on which Ryusei has no perspective, but these fragments don’t solve the puzzle either. The third, Fumi, is Ryusei’s sister, who has come to know Miwako at one step’s remove through her brother, and she waits back in Tokyo while he goes on a journey to get closer to what happened.

This novel is both familiar and unusual. It is written in English by an Indonesian-born Singaporean author, but summons the atmospheres of Japanese fictions (both written and cinematic), and is set in the recognisable urban and rural locations of Japan. It tills the known emotional fields of early adulthood and the individual’s search for the self, and the moments of heightened feeling that characterise the relationships of these formative years; yet this familiarity is unsettled by its mysterious plot, and the unfolding story about who Miwako was, as the facts of the book’s paradoxical title are revealed. Clarissa Goenawan is an emerging talent, having won the 2015 Bath Novel Award (a prize for unpublished, self-published, and independently published novels) for her first novel, Rainbirds (published in 2018, and also set in Japan), and her writing is intriguing. The ripple effects of suicide on a community’s collective psyche are carefully handled here, and her portrayal of people inhabiting the aftermaths of trauma is compassionate and compelling. 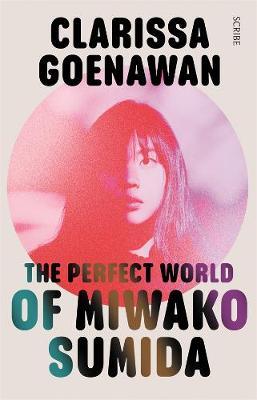