The Last Time We Say Goodbye by Cynthia Hand

Lex is a self-confessed maths geek with a dream to go to MIT (Massachusetts Institute of Technology) where she can pursue her love of everything mathematics. But when her brother, Taylor, commits suicide in their garage, Lex suddenly has a lot to deal with. She has to cope with not only her own grief and anger, but her mother’s constant crying and inability to properly function, and a father who is mostly absent and whom Lex still resents due to an affair that saw him leave his family.

But while so many things could have contributed to Taylor’s suicide, Lex blames herself. A therapist’s suggestion of writing a diary is at first met with indifference, but as Lex slowly writes she realises it may be the only way she can open up about what really happened.

While I felt that, for the most part, Cynthia Hand has written a touching and captivating story that tackles the situation of suicide with dignity, I did find a couple of the storylines unnecessary. That said, this is a sensitive novel for teens who are interested in true-to-life stories. Ages 14 and up.

Katherine Dretzke is from Readings Carlton. 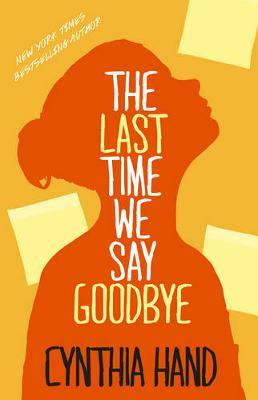 The Last Time We Say Goodbye