The Hard Crowd by Rachel Kushner

Rachel Kushner is a masterful storyteller. Her fiction is sharply insightful, completely original and always entertaining. This collection of short pieces proves her nonfiction to be just as engaging and provocative.

Appearing in print over the last 20 years in publications such as the New York Times Magazine, London Review of Books and Paris Review, this is an eclectic group of essays that (among other things) interrogates the political history of particular moments in visual art, literature and film. Kushner’s writing on other writers such as Denis Johnson, Marguerite Duras and Clarice Lispector is particularly imaginative and enlightening.

There are personal essays here too; ‘Girl on a Motorcycle’ recounts in blistering detail competing in (and crashing out of) one of the most gruelling motorcycle races in the world held on the Baja California Peninsula. Another piece, ‘Not with the Band’, tells of Kushner’s time working behind the bar at the legendary Warfield and Fillmore Theatres in San Francisco. She worked while watching the likes of Johnny Cash, Sonic Youth and the Rolling Stones perform. On one occasion she tended the bar beside Keith Richards as he fulfilled a Stones tradition of serving drinks to the crew at a private party. It was a P.J. Harvey gig that convinced Kushner to quit her job and become a writer. As she watched Harvey sing until dawn at an afterparty, Kushner was impressed by her stamina and the sheer enjoyment Harvey took in the performance of her music. It made Kushner understand that to be truly great at something you needed to completely immerse yourself in it. This collection shows Kushner has achieved this with her own work as a writer and a thinker, allowing the reader a singular glimpse inside her talented and creative mind. 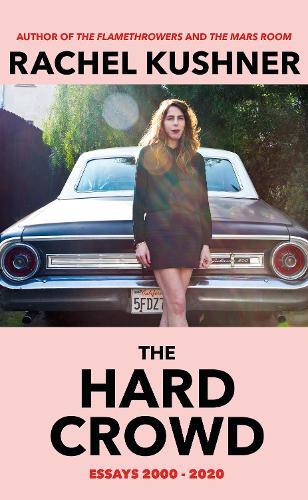