The Good Captain by Sean Rabin

Sean Rabin’s The Good Captain is a high-stakes, Australian cli-fi thriller set on the high seas. Rabin’s previous book, Wood Green, was shortlisted for the Readings Prize for New Australian Fiction in 2016 and then for the Victorian Premier’s Literary Awards in 2017. His second book comes at an important time, reminding us of the reality of the climate emergency as well as the ocean’s fundamental importance for the health of our planet. Although set in the near future, many of the book’s surreal scenes – such as floating islands of plastic – are already a reality. Rabin’s world building is most compelling when it elaborates on the grim future of our oceans.

The Good Captain follows the tight-knit crew of a ship called Mama as they kidnap a conservative ex-prime minister from his Hobart bunker on a mission to deliver justice for the Earth’s oceans. It is a speedy, dialogue-driven read, following the crew as they scavenge supplies, argue with their prisoner and avoid capture. Having been raised on ships all her life, Mama’s captain, Rena, stands out from the other characters. Rabin does a fascinating job describing her relationship with the water through her unique sensory experiences of waves and changing ocean conditions.

The Good Captain has its ups and downs: I enjoyed the fast-paced, high-stakes adventure narrative, yet I felt the book was let down by some over-blown characters who lacked nuance. I would recommend this book if you enjoy action-packed plots and imaginative near-future settings. It is an interesting addition to the growing Australian cli-fi genre.

Stephanie King is a bookseller at Readings Emporium. 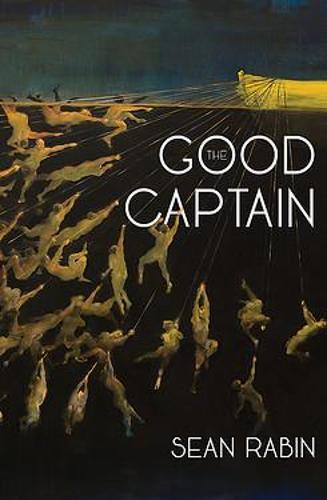