Take Me with You by Tara Altebrando

Tara Altebrando’s latest sci-fi thriller is a fascinating look at the powers of technology and human behaviour under pressure. When four teenagers are called to a teacher’s office at school, the teacher never arrives but a strange black cube is waiting in the room. Confused, they are about to leave, but then the cube lights up. It displays the first of many rules: Do Not Tell Anyone About the Device; Do Not Leave the Device Unattended; Take Me With You – Or Else!

The four teenagers – Eden, Eli, Marwan and Ilanka – are very different, barely know one another and already have busy lives. But they quickly become bound together as the device creates more rules to follow, and manipulates their phones and other technological devices if they do not comply. As they try to keep up with its numerous demands, their increasingly erratic behaviour gets them in trouble at home. Marwan responds to anti-Muslim attacks on his father’s Egyptian restaurant, Eden faces inappropriate requests from a boy she kissed, and Ilanka must find a way to tell her Russian parents she no longer wants to continue her demanding gymnastics schedule. Meanwhile, Eli researches the device both online and at the library to find out where it comes from and what it wants from them.

This is an intriguing thriller that incorporates issues around digital technology, online behaviour and social media amid a backdrop of current cultural issues. The teenagers are well-drawn and engaging characters whose dilemmas feel decidedly real. Stimulating reading for ages 12+. 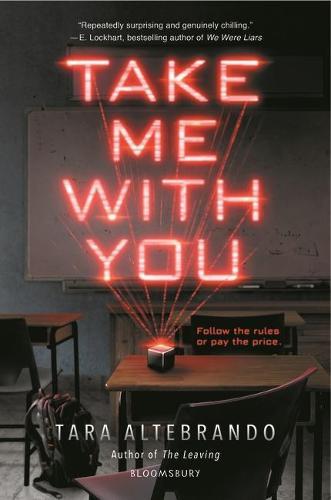