Anson Cameron’s fifth novel is a playful homage to Melbourne’s most infamous art heist, the theft of a Picasso from the NGV in 1986 by a group known as Australian cultural terrorists. Heads almost rolled in high places until ‘greenface’ turned up two weeks later in locker 227 at Spencer Street station. Phew.

Unlike Picasso’s ‘Weeping Woman’, who cries for Fascist atrocities committed during the Spanish Civil War, Cameron’s ‘Weeping Woman’ cries for more carnal reasons. And so the re-imagined plot to steal her is a steamy one, with a curious love triangle of cultural terrorists at its centre. Stealing Picasso’s satirical take on the art world’s shonkier practices is bound to set tongues wagging about the relationship between art and money.

Cameron cheekily asserts that all artists are thieves (presumably he’d throw himself into this category given his appropriation of the subject matter) but while his fantastical back story is undeniably saucy and amusing, it’s perhaps not as intriguing as the real-life premise, which after 23 years remains unanswered: just who did steal the Picasso from the NGV? 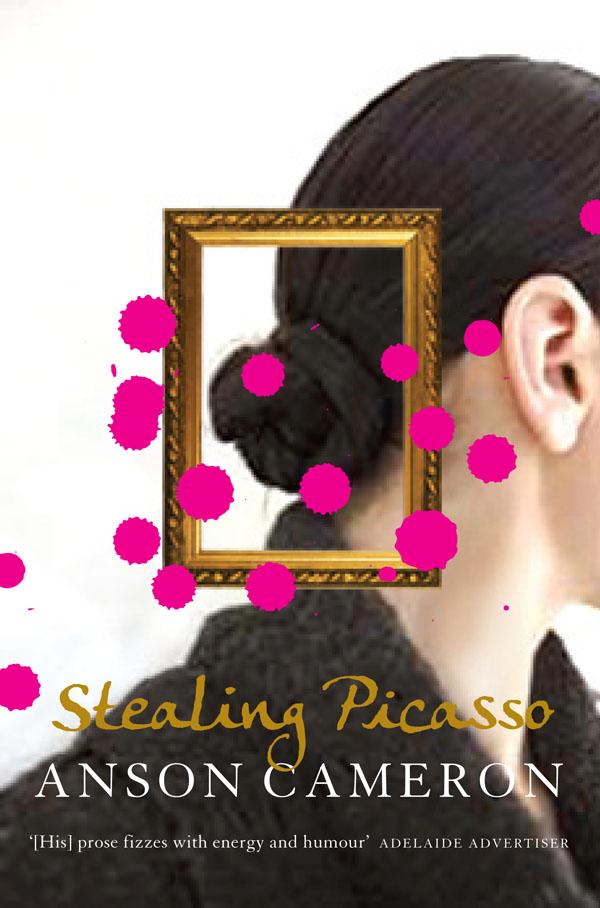