The concept behind this album is very interesting. It’s not an homage to a person as such, it’s a homage to his legacy through his teaching. It features five different composers, all of whom learned from the early Baroque composer Heinrich Schütz (1585–1672). As with many composers of this era whose music has survived, Schütz was German and spent 55 years working as a court composer in Dresden. He is widely considered the most important and influential composer of the period. He taught many students, both his own from Dresden and others from other principalities in the region. The pupils in turn were sought after as court composers in their own right, thanks to their illustrious teacher.

The delightful thing with this particular recording is that L’arpafestante’s musicality makes this very interesting story completely moot. It’s just such a lovely recording. It brings these oft-neglected composers back into performance history and I honestly have no idea why anyone would stop performing these works. They’re beautiful early Baroque pieces that capture your attention very quickly and seem to lack the denseness of the later Baroque style that can often be off-putting for listeners. For any lover of orchestral and chamber music, this recording is going to delight you. Don’t let these composers fall again into obscurity. 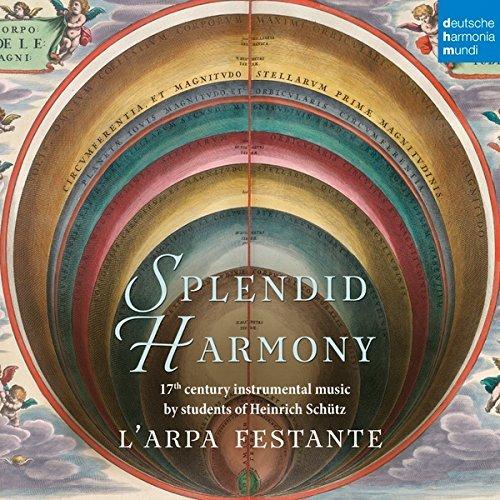