Personally, I could bore anyone on the subject of Iceland, but this book won’t bore you at all! As it seems anyone who has been to Iceland does, Richard Fidler and Kári Gíslason want to tell the stories of this strange and fascinating land.

Fidler and Gíslason met over a radio interview and immediately hit it off. As firm friends, who Kári describes as having a conversation that will never end, it seemed to make sense when Kári said he was off to Iceland, and Richard said he’d go with him. Saga Land starts as many good Icelandic sagas have: two men head off on an adventure. Along the way, they stop to tell stories of the past, to encounter new people, and to reaffirm their friendly and familial bonds. In alternating chapters, Richard and Kári travel to Iceland with the intention of recording a radio series about the sagas, as they travel to the places they belong to. The Icelandic Sagas form one of the great bodies of literature. Written during the twelfth and thirteenth centuries, they tell the stories of the Icelanders: from the establishment of Reykjavik in 874 (dated by a volcano eruption) up until the time of writing. They also include the most complete remaining account of Norse mythology.

While the sagas capture and hold the imagination as Richard and Kári travel around Iceland, another family saga closer to home is woven through the tale. Kári’s relationship to his Icelandic heritage has always been complicated by his relationship with his Icelandic family, which had been unacknowledged for much of his childhood. In one of their rare meetings, his father had mentioned a connection to the sagas that Kári had never anticipated. Now was the time to find the end of the tale. 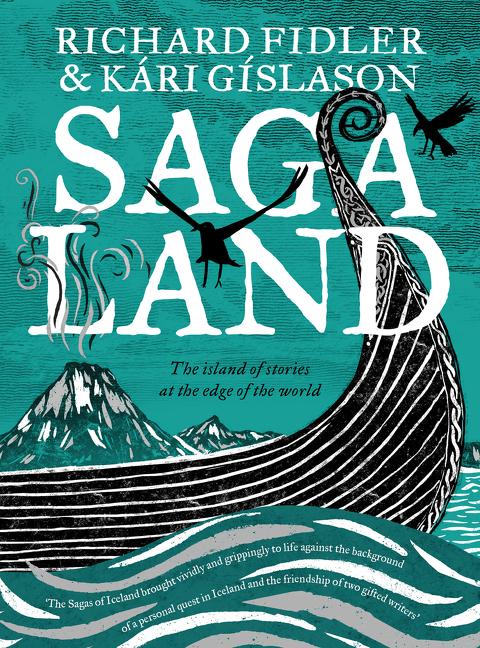