The University of Queensland Press was established in 1948 (coincidentally, the year I was born). In the mid-sixties, under the stewardship of American expat Frank Thompson, it started to publish Australian poetry and fiction. Thompson’s example was aggressively followed by his successor, Laurie Muller, aided by editor Craig Munro.

In the eighties, UQP was a major player on the Australian literary scene, most famously publishing Peter Carey’s two Booker Prize-winning novels, Oscar and Lucinda, and, later, True History of the Kelly Gang. It helped launch the careers of some of our most celebrated authors including David Malouf and Kate Grenville. It was one of the first publishers to seriously publish Indigenous writers. It had huge success with Doris (Garimara) Pilkington’s memoir, Follow the Rabbit-Proof Fence, and today under publishing director Madonna Duffy, UQP continues to publish exciting Indigenous writers such as Ellen van Neerven, Tony Birch, and Larissa Behrendt.

This anthology contains twenty-five new works by authors who have been published by UQP; they were commissioned to celebrate seventy years of UQP. There’s poetry, fiction and nonfiction by Lily Brett, David Malouf, Peter Carey, Julie Koh and Gabrielle Carey. It’s a veritable feast of contemporary Australian writing – stimulating, entertaining, provocative and controversial. Larissa Behrendt’s piece on colonisation and reconciliation, The Smoke of Many Fires, should be compulsory reading. I won’t be around, but I hope that in 2088 UQP will be celebrating its 140th birthday. 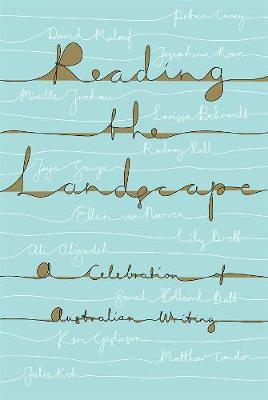