One Way or Another by Nikki McWatters

Reviewed by Tom Hoskins, Readings at the State Library of Victoria

Nikki McWatters is a young girl growing up on the Gold Coast in the early 80s, and she and her friends are obsessed with Rock Stars.

Not content with merely collecting posters on their walls, they decide to collect the musicians themselves ‘like butterflies’. And thus a band of groupies named the Vulture Club is born. With immediate success, the Vulture Club unleash themselves upon the late night venues, band-rooms, green-rooms and afterparties of the Queensland music scene.

Like all good collectors, the girls assign a a grading system for their conquests: a green star for meeting a Rock Star in person, silver for talking to them, gold for sleeping with them and also the rarefied red star.

There is of course one golden rule – don’t fall in love – and the rule is swiftly broken.

McWatters writes a brave memoir. It’s a candid coming-of-age kiss and tell set amongst many familiar faces of the 80s music scene where INXS, Australian Crawl, Cold Chisel and even Duran Duran are all counted amongst the characters and conquests. Deftly though, McWatters manages to avoid simply naming and shaming her co-conspirators and treats them with respect and dignity.

This is a rock and roll tale written from the other side. More than just a fan, McWattters and the Vulture club are participants in the scene and the book exposes a side of the industry often hinted at but rarely explored in such a humane and insightful way.

Tom Hoskins is a rock and roll musician moonlighting as a bookshop manager. Or is it the other way around? In his spare time he enjoys riding bicycles and indulging the cats that have taken up residence with him. 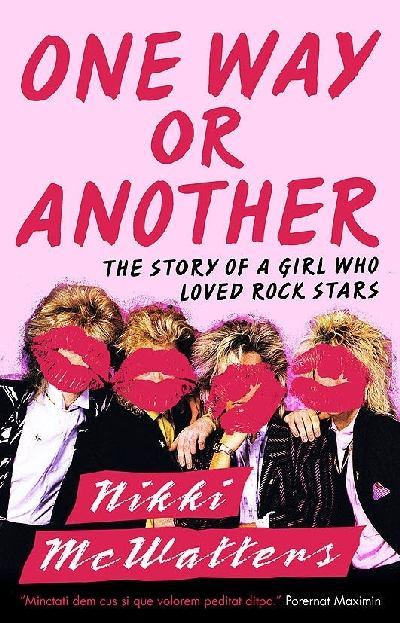