On Borrowed Time by Robert Manne

The publisher describes this book as a ‘stunning new collection of essays’ and the hyperbole is certainly justified. The essays range over a number of topics that matter to Robert Manne and, on reading, will matter to the reader.

Manne has a well-deserved reputation as an independent thinker. As a young academic he earned the opprobrium of the Left for his criticism of their embrace or tolerance of Marxist ideologies. Later, he was equally scorned by the Right when they embraced the ideology of the neo-conservatives.

As an intellectual he has argued for humanism, tolerance, and the dignity of the individual. In the title essay, Manne, unusually, describes his very personal experience of illness. Late in 2016, he received diagnosis of a return of cancer of the throat; this time more serious than before. The only chance he had of prolonging his life was the removal of his larynx. For a person who’d lived as a teacher, as a person who revelled in discussion and argument, the loss of the ability to speak was terrifying. ‘I’d rather die,’ he told his oncologist. He didn’t die, he learnt to speak again, albeit differently, with the aid of a prosthesis in his new throat. Little over a year later he rejoices in his new life, eager to rejoin the world he’d briefly retired from. This collection of essays and Manne’s survival is cause to rejoice. 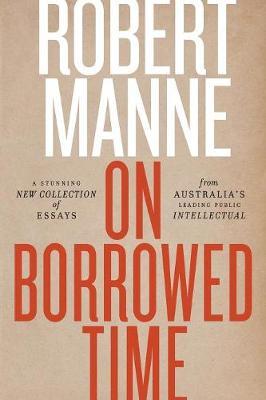