We are completely alone with Mrs March; we are privy only to her view, her inner meanderings and her actions. Mrs March lives in an Uptown New York apartment with her son and her famous novelist husband, George March. She enjoys the way her life is perceived, considered and constructed. As the success of her husband’s last book reaches into her familiar orbits, she becomes flustered by the reactions of his readers to a character in the book. At this stage Mrs March begins to wonder about her partner’s motives and about her own beliefs. As her anxiety grows, so too does her imagination, and we become witness to a woman unravelling.

There is a pace to this novel that urges the reader to join Mrs March in her growing fear. The writing is in some ways sparse, with deliberate – and quite frightening – details to heighten tension. A decay is setting into the relationship, and Mrs March sees all the signs. Are we on her side? We know that she is frightened and unhinged, but do we accept her version of what is happening?

It takes a shrewd writer to create a character this compelling. I read this bewitching feminist debut novel in one day, and while reading, I often thought of Charlotte Perkins Gilman’s The Yellow Wallpaper: a novel where a woman’s madness is a direct consequence of the actions of men. I vacillate between describing Mrs March as a story of consequences and penalties for Mr and Mrs March, or purely as a tale of revenge. Certainly, it could be seen as a needed parable for our times. This novel has already received praise from all around the world and for good reason. Readers of Daphne du Maurier and Sigrid Nunez can rejoice; with author Virginia Feito, we have another hero to follow. 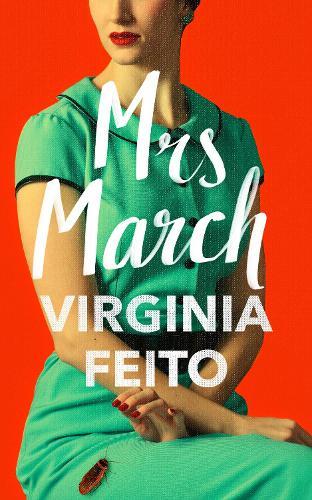