It is eighteen years since Philip Reeve’s debut science-fiction novel, Mortal Engines, the first in a quartet, was published. It is imminently due for global fame with a film adaptation by Peter Jackson on the way, so now is the time to immerse yourself in this classic.

Reeve is a masterful creator of imaginative universes and in this alternate future the world has been partially destroyed by a global ‘Sixty Minute War’. Cities are now on wheels and to survive they chase and devour smaller towns, taking their valuable metals and their populations as slaves. This is known as ‘Municipal Darwinism’.

The main narrator is Tom, an orphaned apprentice in London. Down in the guts of the city he meets the hero, Thaddeus Valentine, and his daughter, Katherine. An assassination attempt is made on Valentine and Tom chases the young assassin, Hester Shaw, but ends up befriending her as the two are hunted down, meeting with misadventure and new friends on the way.

Meanwhile, Katherine becomes suspicious of her father and realises he stole an ancient technology called MEDUSA, which has been used to create a bomb. These two narrative strands come together in a nail-biting climax that is not without bloodshed.

The futuristic world Reeve creates in the Mortal Engines quartet is thrillingly believable while his characters and storytelling are full of warmth and humanity. This is a riveting, action-packed adventure for ages 11 through to adult. 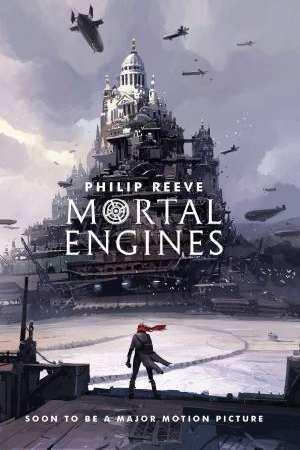