When Milo finds $105 on the road outside his house, his stepmum tells him ‘finders keepers’. But his mum, who is studying to be a lawyer, says he should ‘find who dropped it’ – and she has final say.

Milo reluctantly starts his search by asking Frog, the new boy in the cul-de-sac. Milo has never met anyone as confident as Frog before, and in no time at all Frog has all the kids in the street talking to each other. This makes Milo anxious because now everyone is trying to find a way to claim the money. Milo is the kind of kid who normally keeps his head way down, so going along with the other kids’ plans starts to give him a sick feeling in his stomach and make his eyes sting hot with tears.

I adored Milo Finds $105; it perfectly captures the kids’ personalities and the drama and trials of everyday childhood. Great for readers ages 7+.

Dani Solomon is the manager of Readings Kids. 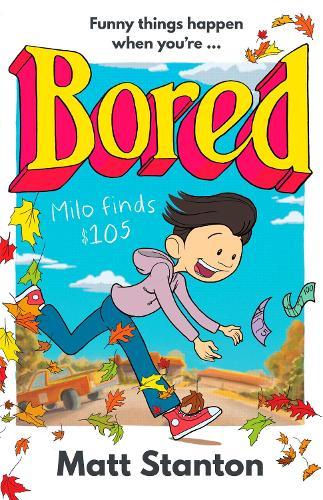