Anh Do’s thrilling new action adventure series Wolf Girl takes off with a surge of adrenaline and will send readers’ fight or flight instincts into overdrive. This series offers a step-up in reading challenge for fans of WeirDo and Ninja Kid and introduces feisty, resourceful Gwen as its hero.

From the opening chapter the stakes in this story are high and an undisclosed crisis sees Gwen’s family escape their home in a frantic dash by car to elsewhere, somewhere, anywhere that may hold hope of refuge. Driving though the night, down windy roads alongside hordes of others, also fleeing, the narrative is propelled forward at break-neck speed. But it doesn’t take long before Gwen finds herself separated from her family, alone in the wilderness. Gwen’s father had always encouraged her to listen to her instincts and it is this advice that guides her as she joins with a wolf cub, some stray dogs and a hawk as her new family/pack. Together they learn to survive in a changed world. Into the Wild, the first book in the series, is sure to galvanise readers, and set hearts racing, anxiously awaiting the next instalment (due this December). For ages 8+. 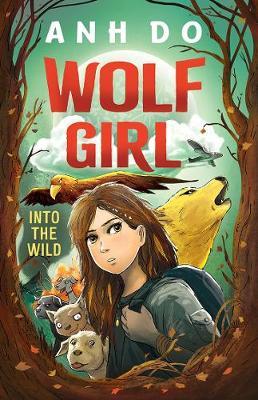