Recorded at the magnificent and historic Alexandra Palace in North London as the UK was emerging from its first COVID-19 lockdown in July this year, Idiot Prayer – Nick Cave Alone at Alexandra Palace was conceived as Cave’s reaction to this period of confinement and isolation. The performance was originally streamed live worldwide back in the middle of the year and due to the huge response, Cave has decided to release this concert as an album. Described by Cave as ‘a prayer into the void and a souvenir from a strange and precarious moment in history’, this live album includes all 22 songs he performed in that venue alone at the piano. These include deconstructed versions of songs from his discography with The Bad Seeds, which evolved from Cave’s 2019 ‘Conversations With…’ events. In Cave’s own words, ‘I loved playing deconstructed versions of my songs at these shows, distilling them to their essential forms. I felt I was rediscovering the songs all over again.’ Listeners will no doubt feel the same way, as they experience these starkly beautiful and haunting tracks.

This album is also a rare opportunity to hear Cave as a soloist. And sadly, due to travel restrictions, we are unlikely to see him perform here in the foreseeable future. Fans will have to make do with this incredible memento of a remarkable concert. At the time I write this, we still have no idea when cinemas will open in Melbourne, but if we are lucky, the concert will also get a limited cinematic run as an extended cut featuring four songs that were not shown on the stream. A DVD release, while not confirmed, is also likely to follow next year. 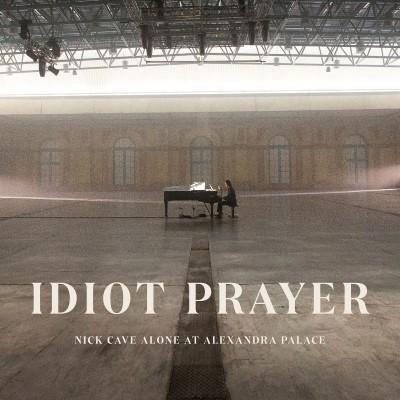