The celebrated Baroque harpist and theorbo player (a type of lute) Christina Pluhar is a favourite of Readings. She has consistently released superb albums bringing a new life to early European music. With her ensemble, L’Arpeggiata, she has released another peek into the musical world of the seventeenth century. In their Himmelsmusik, or ‘Heavenly Music’, they are featuring sacred works exclusively from Germany, including a piece by the great uncle of the famous J.S. Bach himself. It is said that Johann Christoph Bach, as the superior composer in the family, would have been given custody of young Johann Sebastian if only he hadn’t been so terrible with money!

What is particularly interesting about this album though is that a plethora of lesser-known composers from the period are featured. As I listened to the album, I couldn’t understand why they had been allowed to languish unknown for all this time. Each piece was interesting in its own right, and it’s easy to see why Pluhar and L’Arpeggiata chose these pieces to perform. Their assured performances and superstar countertenor Phillippe Jaroussky and soprano Celine Scheen are both musical in their commitment to each phrase. 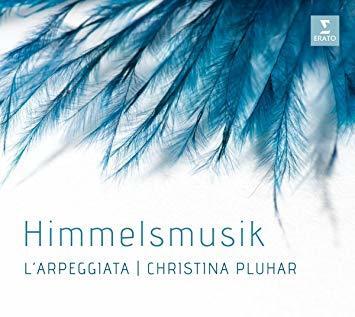