Friends Like These is the second instalment of Meg Rosoff’s trilogy of summer novels, the first being The Great Godden, which was perfect seaside escapism. This time it’s a city summer: New York in 1982. A city of sweat and heat. I always go for books set in New York, and there’s something about the city during the eighties that is especially compelling.

After landing a coveted journalism internship, Beth arrives at a revoltingly hot and grubby shoebox apartment, ready for the next part of her life to begin. She meets her fellow interns, most notably a bold and fearless local cool girl, Edie, who sweeps Beth up into an intense and exciting friendship. It’s a coming-of-age story, and Beth encounters an array of new experiences, a touch of drugs, sexual encounters, and frenemy behaviour from her bestie.

Breezy isn’t the right word for Friends Like These: there’s a grittiness to it but you’ll hurtle through the plot. It’s not a lengthy book either, but it’s satisfyingly meaty and the characters are incredibly well formed. Beth is a smart and observant lead. She’s fresh on the scene but she learns fast and there’s plenty of points throughout the book relating to social strata, gender politics and the AIDs epidemic that was occurring at the time. After reading _Friends Like Thes_e, all I can say is, bring on Meg Rosoff’s third summer book! For ages 14+.

Kim Gruschow is the co-manager at Readings St Kilda. 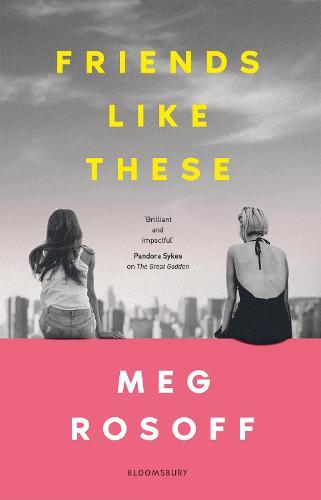