Firekeeper’s Daughter follows Daunis, an unenrolled Ojibwe tribe member, who has always struggled to identify a place for herself within her community. Though she is on the cusp of adulthood, her dreams of studying medicine are put on hold when she decides to stay another year at home to support her mother. When a shocking murder fuelled by the community’s recent onslaught of drug-trafficking occurs, Daunis is catapulted into a top-secret FBI investigation. Using her scientific knowledge and personal connections, she has no choice but to venture into the dark nature of the drug trade and get to the bottom of her community’s string of drug-induced deaths.

The mystery that drives the plot of Firekeeper’s Daughter is one that is high stakes and fraught with heart-racing tension. At its core, however, this novel is a multilayered and moving depiction of what it means to be Native American, engulfing the reader in the rich culture and traditions of the Ojibwe tribe. At the same time, it uncovers the silencing, the fraught history and rampant racism faced by the Native American community, and the disadvantage they face through a Federal system that perpetuates their exclusion. Though the novel often feels like a gut punch, it is also a story of hope and of women supporting women where the strength of female bonds shines through.

Angeline Boulley has done an admirable job weaving a multilayered coming-of-age narrative with a powerful message. Daunis herself has a strong and insightful voice, and her growth throughout the novel is nothing short of inspiring as she makes sense of her tribe’s past, finds her place in the present and charts a path for her future. For ages 14+. 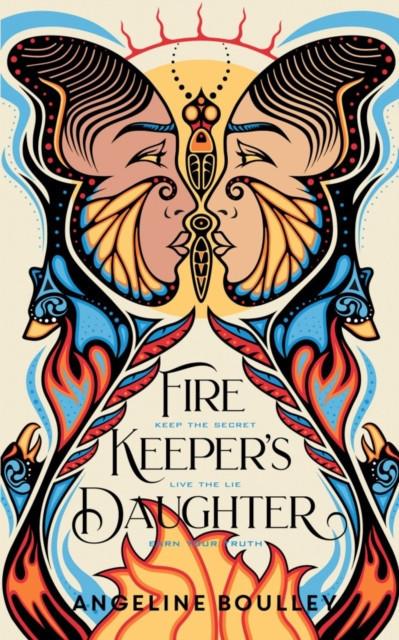