Eddie Ayres was 12 when he saw Afghanistan for the first time. It was on television. The Soviets had just invaded. He was 49 when he last left Afghanistan after teaching at the Afghanistan National Institute of Music. In between those times, Eddie, born Emma, grew up and became a musician and biked across a large part of the world and hosted a radio program in Australia and became deeply depressed. Afghanistan in this time saw the collapse and exit of the Soviets and a civil war that left space for the takeover by the Taliban. The Taliban in turn was ousted by coalition forces who in turn settled into a protracted conflict that, despite officially being resolved, continues into the time that Eddie moves to Kabul to teach at the resurrected Afghanistan National Institute of Music.

Eddie first visited and taught at the school in Kabul in 2013. At the time everything was hopeful, the orchestra was touring, boys and girls playing together, Western and Afghan music, the upward trajectory seemed clear. Eddie felt it was clear for him as well. When he fell into a despairing depression, teaching at the school seemed to be a possibility that might save him, and so he went to Afghanistan, to teach and to make a difference and to save his own life.

Danger Music moves in whirlwind snippets through Eddie’s days teaching in Kabul. Students appear and disappear with startling irregularity. You start to know a student as Eddie does and then they drop away, disappear. Sometimes they return, but only sometimes. The stress, uncertainty and trauma of everyday life in Kabul are felt keenly in this whirlwind narrative. In one moment, Eddie is describing the beauty of the young cello players playing together; in another, he’s wondering how to get everyone out if suicide bombers and the Taliban storm the school. I loved this book. 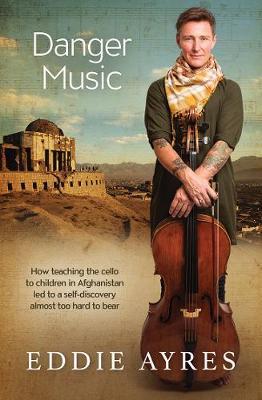