Dancing in the Dark by Karl Ove Knausgaard

Cards on the table: at time of writing I haven’t yet finished this, the fourth volume in Karl Ove Knausgaard’s ‘autobiographical novel’ cycle. In his almost punishingly expansive style previous volumes have immersed readers, with varying degrees of reflective interjection, in Knausgaard’s narrative of his life. These accounts have included the death of his father, an embittered, drunk brute who made life hell for the young Karl Ove, and ultimately estranged himself from the family; the dissolution of Knausgaard’s first marriage and his falling wildly in love with the writer Linda Boström; their having children, and Knausgaard’s frustrations at the impingement on his writing life by the challenges of not only parenthood, but also of having a partner afflicted with bipolar disorder; and Knausgaard’s boyhood as a timid youth tyrannised by his father, followed by the first stirrings of his soon-to-be-rampaging hormones.

Volume 4 picks up at a point of new beginnings. Fresh out of high school, 18-year-old Karl Ove has moved to northern Norway to temp as a teacher and begin his writing career in earnest. He likes getting drunk and dancing to his favourite records in the solitude of his own apartment. But he’s also ashamed of his virginity. Typically, in that it is at once patience-testing and self-abasing, by page 100 he’s already had five erections, prompted for the most part by beautiful students, girls and young women who are only a few years younger than he is. Readers of previous volumes will find these passages of lusty adolescent scopophilia undercut with unease: we already know that it’s at this point in his life that Karl Ove fell tortuously in love with a student – one of his youngest, a girl who’s just 13 years old.

Knausgaard is an advocate for writing the unsayable, for plumbing the deepest recesses of human consciousness and experience. As such, he’s relentless in airing his most honest, and therefore often least admirable, self. I think it’s precisely this that makes My Struggle such a generous, dealienating and necessary endeavour. 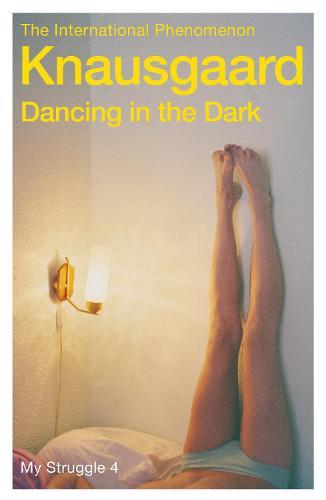