Fresh out of prison and driven by a hunger for drugs, revenge, and a hankering to reconnect with his grandmother’s country, Blackie embarks on a road trip back to Wiradjuri country. Along for the ride are former cellmate, Rips, and friend, Carlos, chosen for his pale ‘whitefulla’ skin to drive the stolen car, so as not to attract the cops’ attention like a Koori driver would: ‘Dark-skinned dark characters.’

All roads lead to Dubbo and to a cop named McWilliams, who put Blackie behind bars for something he never did, just because he could. Fuelled on speed – both the amphetamine and the fast-car kinds – Blackie’s on a payback mission. It’s a tempestuous ride to showdown, and there are moments of great humour and pathos in this highly original ‘Koori-noir’ tale. Dancing Home is the winner of last year’s David Unaipon Award for an unpublished manuscript by an Indigenous writer, and in its opening pages, author Paul Collis invites the reader to be ‘active’ while reading the novel, to ‘take sides’ and to ‘think about poverty, power, privilege, suicide, and Aboriginal deaths in custody’.

This novel is as much political as poetic and entertaining, and as a reader it’s difficult not to be active while reading. The injustice met by our indigenous people lies at the heart of this novel and it’s through Blackie’s story that we gain some insight. Blackie’s a sympathetic character: switched-on, funny, sensitive and educated, but by virtue of the colour of his skin, the privileges that might be afforded a white man with similar qualities don’t fall his way.

Dancing Home is at times heartbreaking, sometimes mystical, often laugh-out-loud funny, and reads like a road movie cranked up to 11. Paul Collis is a welcome and essential new voice in Australian writing. 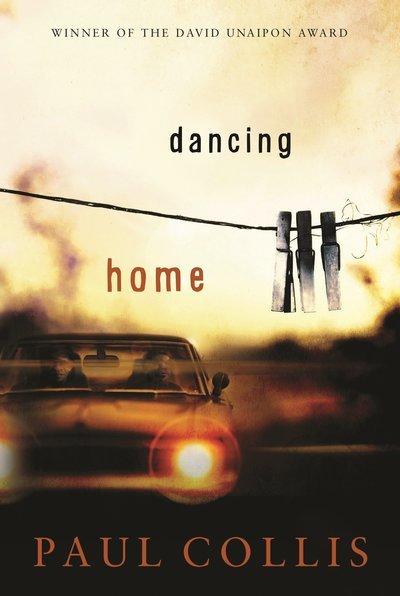