Blaine is sitting in the passenger seat of a 1989 Ford Fairlane, surrounded by six of his mates (two piled in the boot). It’s 2009, and the group of teenagers are driving home from a house party in Toowoomba, Queensland. A routine error made by the sober driver leads to a head-on collision, killing three of the boys and leaving two comatose. Blaine walks away from the scene without a scratch.

Car Crash kicks off with Blaine’s memory of the violent incident and its aftermath, recounted with vivid, often unsettling detail. His account is immediately compelling, energetic and intense – I tore through the opening pages with my heart racing. But the story soon expands into something much deeper and, ultimately, more moving. In sharing the years that followed the accident with his readers, Blaine considers the lifelong consequences of the crash, his resulting grief, survivor’s guilt and depression, and the ways in which his relationships and sense of self are affected.

Blaine evidently loves language – he plays with poetic phrasing and surprising metaphors, on top of some witty one-liners to lighten the mood. However Blaine’s thoughtful, tender reflections on his friendships with other young men in Toowoomba were the stand-out aspect of Car Crash for me. He writes with emotional intelligence and honesty – teenage Blaine can come across as pretty insufferable at times – and it’s clear how important it is for Car Crash to honour the boys who lost their lives in the accident and their families. Blaine’s own parents also feature heavily, and it’s through exploring his relationships with both his Mum and his Dad that Blaine grapples engagingly with issues of class, masculinity and mental illness, and the role alcohol plays in relation to all three.

Car Crash brought to mind Elspeth Muir’s Wasted, another memoir by a young writer from Queensland that expertly employed a personal trauma narrative to astutely consider wider social issues. In the same way Car Crash will appeal to all fans of Australian narrative nonfiction, and I look forward to reading more from this talented young writer.

Stella Charls is a bookseller for Readings Carlton. 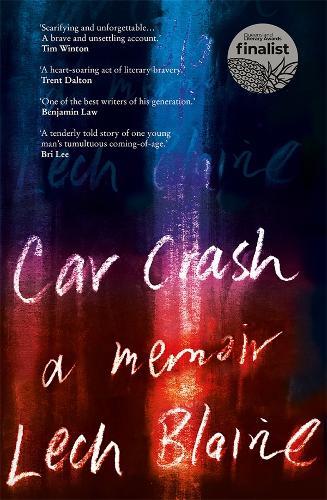