Call Me Evie by J.P. Pomare

Novels with fragmented narratives are not for everyone – but with the rise of psychological thrillers such as Gone Girl and The Girl on the Train, they’re becoming increasingly popular. Fragmented stories can make for gripping reading, especially when the non-linear narrative is told from the perspective of a character who can’t necessarily be trusted. Piecing together the plot becomes a question of picking up on the lies and omissions as well as the truths and certainties.

Call Me Evie is structured on a slick and disturbing premise. A young woman is being held captive in a remote New Zealand beach town by a man who says his name is Jim. She is scared, sedated and supposed to have committed some sort of terrible crime back in Melbourne. Whatever it is, it’s so bad that Jim claims there are people after her and that her confinement is for her own protection. Whether or not this is true, Evie isn’t sure – she only remembers that her real name is Kate. The rest of her memories are too muddled to be relied on, and she suspects that Jim is actively manipulating her recollection of events to his advantage.

Call Me Evie jumps between ‘Before’ and ‘After’ and it’s not until the very last pages that you find out precisely what is meant by ‘Before’ and who is implicated in ‘After’. It’s a tight, claustrophobic read that slowly circles in on itself; the tension ramping up as Evie aka Kate works through her trauma-induced amnesia. Is her mind slowly unravelling or gradually righting itself? As a debut novel, Call Me Evie nails both the fragmented narrative and the unreliable narrator format. If you like twisty psychological thrillers such as All These Perfect Strangers or I’m Thinking of Ending Things, you’ll love this.

Hilary Simmons is a member of the Readings events team. 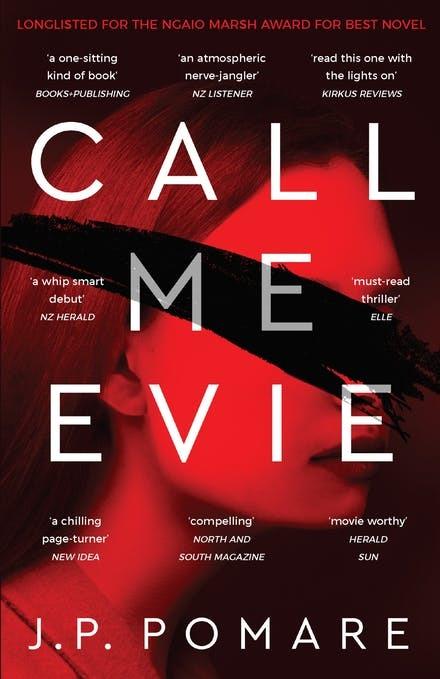