A Net For Small Fishes by Lucy Jago

Last year’s big historical fiction release was Hilary Mantel’s hefty conclusion to her brilliant Tudor-era trilogy The Mirror and the Light. This year’s could well be historian Lucy Jago’s A Net for Small Fishes.

Fast forward from the death of Thomas Cromwell in 1540 to 1616, during the reign of James I of England, and you’ll come across the Overbury murder scandal upon which this novel is based. In a nutshell, Thomas Overbury died while imprisoned in the Tower of London, but his supporters weren’t satisfied he died from natural causes, and it later transpired he was poisoned. An investigation instigated by the King revealed the architects of the murder plot: Robert Carr, Earl of Somerset, a court favourite; his wife Frances Carr (nee Howard), formerly the wife of Robert Devereux; as well as the Somersets’ accessories, Anne Turner and Richard Weston.

Four people were hanged at Tyburn gallows, including Turner, while the Somersets were spared from the noose by the King. Through the lens of fiction, however, Jago reclaims Anne Turner and Frances from extant, libellous historical accounts that malign these women, and focuses on their transgressive womanhood instead. English women, according to Jago, were regarded as ‘too independent’, particularly of their spouses. Here, both women are presented as highly intelligent, and with far more complex motives for their actions. Under Jago’s careful hand, Frances and Anne both have a strong resolve that fuels their sense of self and underpins their unlikely friendship across the social divide. The large ensemble of characters who occupy these pages add colour and substance to the plot as it wends its way towards its bitter end. A Net for Small Fishes is a great read, full of scandal, illicit activity and the buzz of a gossipy court. 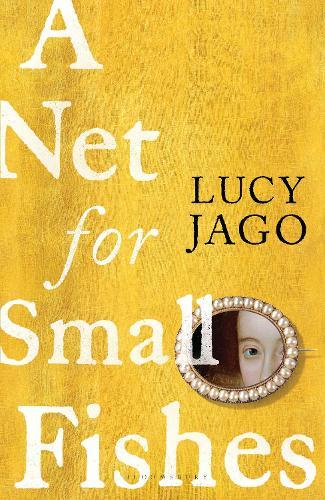 A Net for Small Fishes