Charlotte and the Starlet 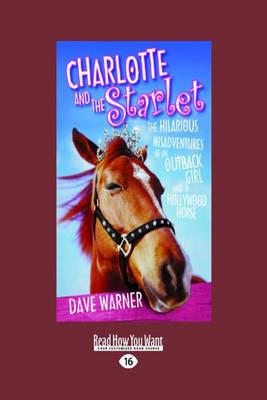 Charlotte and the Starlet

Charlotte is a natural horseperson, and now she has the chance to try out for the Junior Olympic Equestrian Squad! But the academy head already disapproves of her, and Charlotte’s roommates aren’t above playing dirty tricks to get ahead. Then Charlotte meets the horse she’ll be riding in the try-outs …Leila is a movie star horse with a diva attitude. But Leila gets the shock of her life when she’s kidnapped and ends up at a girls' riding academy in Australia. Her only way back to Hollywood is to reveal her big secret to her rider - yes, Leila can talk. Can the two work together to achieve their dreams? Will Charlotte gain a place in the squad, or is running away her only option? And will Leila find her way back to her beloved film set? …DAVE WARNER is the author of six novels, five non-fiction books and three children’s books. He originally gained national recognition as a musician and songwriter, but more recently music has been secondary to Dave’s career as a writer for stage, television, feature films, radio and newspapers - including feature films CUT (starring Kylie Minogue and Molly Ringwald) and GARAGE DAYS (co-written with director Alex Proyas) and TV script editing and writing for MCLEOD’S DAUGHTERS. He currently has a number of feature scripts in development …when he’s not busy writing books in the CHARLOTTE AND THE STARLET series. Dave lives in Sydney with his wife and three children.