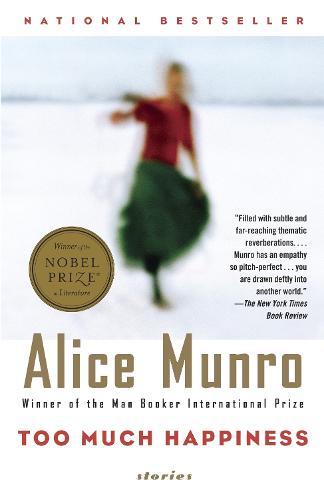 WINNER OF THE NOBEL PRIZE® IN LITERATURE 2013 Ten superb new stories by one of our most beloved and admired writers–the winner of the 2009 Man Booker International Prize. With clarity and ease, Alice Munro once again renders complex, difficult events and emotions into stories about the unpredictable ways in which men and women accommodate and often transcend what happens in their lives. In the first story a young wife and mother, suffering from the unbearable pain of losing her three children, gains solace from a most surprising source. In another, a young woman, in the aftermath of an unusual and humiliating seduction, reacts in a clever if less-than-admirable fashion. Other tales uncover the deep-holes in a marriage, the unsuspected cruelty of children, and, in the long title story, the yearnings of a nineteenth-century female mathematician.