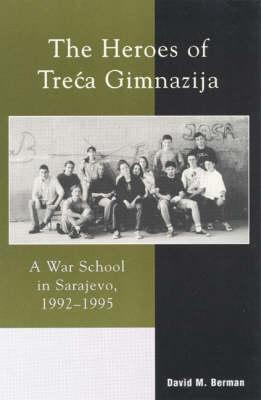 Shelled into ruins at the onset of the Bosnian War (1993), Treca Gimnazija, a high school in central Sarajevo, became a war school, adapting to wartime conditions by conducting classes in the dispersed basement classrooms in neighborhoods across the city. Education scholar David M. Berman, who interviewed many of Treca Gimnazija’s students, teachers, and administrators during the siege of Sarajevo, 1992-1995, as well as after the war, chronicles the human drama of everyday life in a high school operating under the constant threat of enemy guns and mortar fire. These educators and students of Treca Gimnazija tell the stories of their own personal war in the battle for the mind.