American Revolution: The Fall of Wall Street and the Rise of Barack Obama: Quarterly Essay 32 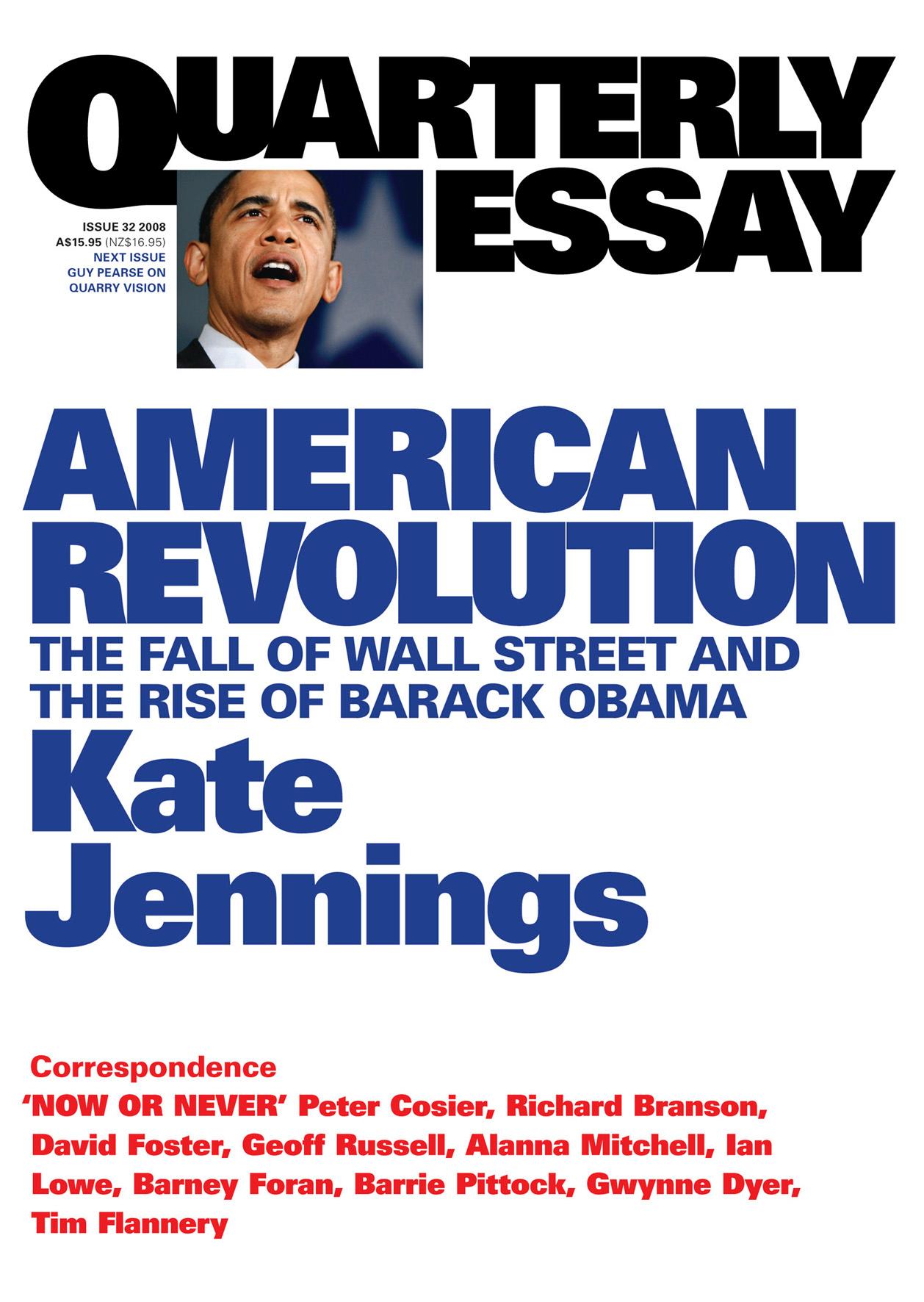 American Revolution: The Fall of Wall Street and the Rise of Barack Obama: Quarterly Essay 32

Kate Jennings was in New York, eyes wide open, completing her take on an amazing time- ‘the run-up to the election … a time when every day felt like a year and we became slightly crazed from worry but also mesmerised, unable to switch off the cable news stations, obsessively tracking the DOW, VIX, LIBOR spreads, polls in red states. So much at stake.’ American Revolution is a dazzling and perceptive look at the United States between hope and despair- an election-year kaleidoscope. Jennings describes how and why the US economy fell off a cliff and how an apparently endless run of primaries and an increasingly rancorous campaign culminated in a world-changing victory. She surveys the characters - Obama, Palin, McCain and the Clintons - and conveys the concepts - derivatives, bailouts and moral hazard. This is an essay that shows America in fascinating flux- it is witty and poetic, acute and evocative. ‘The television networks are justifiably in raptures about the historic election of an African-American as the president. All the same … to reduce Obama to a label, to 'African-American,’ does him - and us - a disservice. He wasn’t elected for the colour of his skin; he was elected because he offered the hope of a wise, steady and healing leadership to a country bullied and battered in the name of patriotism, plundered and pillaged in the name of free markets, neglected and abandoned in the name of small government.‘ -Kate Jennings, American Revolution

END_OF_DOCUMENT_TOKEN_TO_BE_REPLACED

Seven Seasons in Aurukun: My Unforgettable Time at a Remote Aboriginal School

The Land Of Plenty: Australia In The 2000s

The Godfather: The Life of Brian Burke