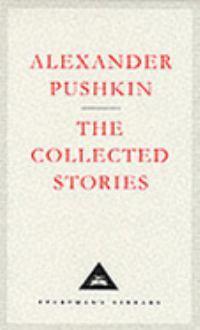 The new expanded Everyman edition of Pushkin’s prose fiction contains all his mature work. In addition to ‘The Captain’s Daughter’ and ‘The Tales of Belkin’, the volume now includes many more short pieces and ‘The History of Pugachev’, a vivid account of an eighteenth-century Russian rebellion. Pushkin’s prose tales are the foundation stones of Russian literature. They made possible the great achievements of Dostosvsky, Tolstoy and Chekhov. But they are also, of course, brilliant and fascinating in their own right. At this volume makes clear, Pushkins is one of the world’s great story-tellers' direct, dramatic, tender, with the author ’s voices always peruasively present. Paul Debreceny’s highly acclaimed translation was first published in 1983. The Everyman edition is published to coincide with the Bicentenary of Pushkin’s birth on 26th May 1999.