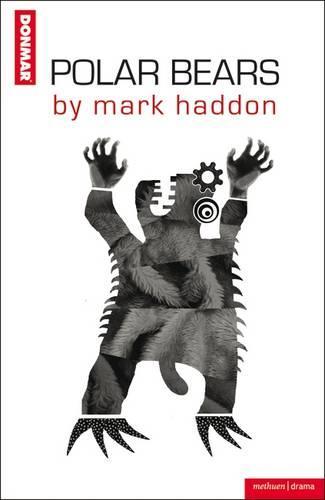 Polar Bears is a captivating tale by award-winning writer Mark Haddon. Balancing humour and pathos, it tells of one man’s struggle to love, support and live with someone suffering from a psychological condition. With an elliptical structure and teasing timeline, the play handles the subject sensitively, with vivid, sympathetically-drawn characters and nicely-balanced dialectics. Polar Bears is thought-provoking and intelligent, with echoes of Nietszchean philosophy, and it refuses to offer any easy answers for those embroiled in mental instability. The plot is as follows: John has never met anyone like Kay. When the moon is in the right phase, she is magnetic and amazingly alive. But when the darkness closes in, she is lost to another world, a world in which John does not belong. Mark Haddon is a hugely celebrated writer who is best known for his 2003 novel The Curious Incident of The Dog in the Night-Time, which won a string of prestigious awards, including the Whitbread Book of the Year. It quickly became an international bestseller, was printed in 32 countries and translated into 15 languages. Polar Bears is his first work for the theatre and enjoyed a high profile premiere at the Donmar Warehouse 1 April - 22 May 2010, directed by Jamie Lloyd and starring Jodhi May and Richard Coyle.