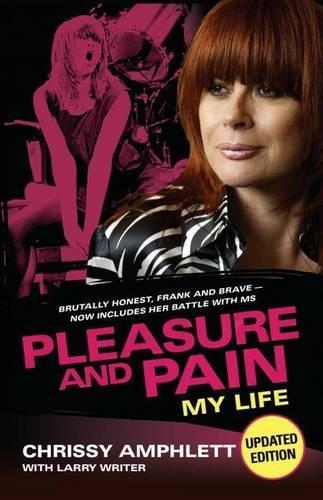 Chrissy Amphlett is a legend in the world of Australian music - and now she tells her own story. From growing up in Geelong in Victoria to being the lead singer in the iconic band The Divinyls, to living in New York and mixing with the likes of Keith Richard and Mick Jagger, she led an amazing life. In this book she tells of life on and off the road - and gives a unique account of a woman surviving in a male-dominated and money/testosterone/alcohol/drug-fuelled industry. She talks of the early days when she was breaking into the music scene; of being arrested for busking when a teenager travelling in Spain; of how her angry and provocative stage act drew on her childhood and background - she wanted to shock and, above all, be in control. And she tells of what it was like to be at the top, in those years of success and excess, both in Australia and in the United States. Chrissy always lived life on her terms, no matter what those around her wanted. And this is her story, told her way.