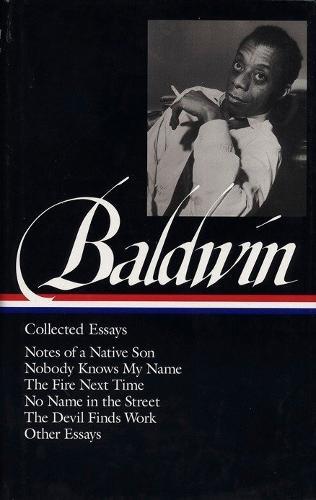 James Baldwin was a uniquely prophetic voice in American letters. His brilliant and provocative essays made him the literary voice of the Civil Rights Era, and they continue to speak with powerful urgency to us today, whether in the swirling debate over the Black Lives Matter movement or in the words of Raoul Peck’s documentary I Am Not Your Negro. Edited by Nobel laureate Toni Morrison, the Library of America’s Collected Essays is the most comprehensive gathering of Baldwin’s nonfiction ever published. With burning passion and jabbing, epigrammatic wit, Baldwin fearlessly articulated issues of race and democracy and American identity in such famous essays as The Harlem Ghetto, Everybody’s Protest Novel, Many Thousands Gone, and Stranger in the Village. Here are the complete texts of his early landmark collections, Notes of a Native Son (1955) and Nobody Knows My Name (1961), which established him as an essential intellectual voice of his time, fusing in unique fashion the personal, the literary, and the political. One writes, he stated, out of one thing only–one’s own experience. Everything depends on how relentlessly one forces from this experience the last drop, sweet or bitter, it can possibly give. With singular eloquence and unblinking sharpness of observation he lived up to his credo: I want to be an honest man and a good writer. The classic The Fire Next Time (1963), perhaps the most influential of his writings, is his most penetrating analysis of America’s racial divide and an impassioned call to end the racial nightmare…and change the history of the world. The later volumes No Name in the Street (1972) and The Devil Finds Work (1976) chart his continuing response to the social and political turbulence of his era and include his remarkable works of film criticism. A further 36 essays–nine of them previously uncollected–include some of Baldwin’s earliest published writings, as well as revealing later insights into the language of Shakespeare, the poetry of Langston Hughes, and the music of Earl Hines. LIBRARY OF AMERICA is an independent nonprofit cultural organization founded in 1979 to preserve our nation’s literary heritage by publishing, and keeping permanently in print, America’s best and most significant writing. The Library of America series includes more than 300 volumes to date, authoritative editions that average 1,000 pages in length, feature cloth covers, sewn bindings, and ribbon markers, and are printed on premium acid-free paper that will last for centuries.