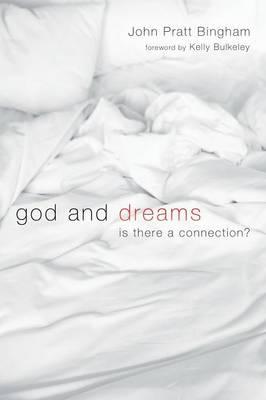 Description: At one time when an individual wanted a direct, personal experience of God that person turned to his or her dreams. The early third century Christian defender of the faith, Tertullian, observed, Is it not known to all people that the dream is the most usual way that God reveals himself to man? Yet by the eleventh century, King William II of England states, They are not good Christians that regard dreams. Why did this reversal of opinion occur, not only in Christian thinking, but in Jewish and Islamic attitudes also? God and Dreams: Is There a Connection? traces the historic connection between God and dreams and examines why this shift happened. While particular attention is given to Jewish, Christian, and Islamic thought, several secular disciplines are discussed also. After investigating the different points of view, an argument is made that the connection between God and dreams still exists. Endorsements: John Bingham’s unique perspective as a priest and psychotherapist reminds us in our increasingly outer oriented technological era that God still speaks to us of the eternal and timeless desires of the soul and its manifestations through the dream. His review of the types of dreams and their utilization in the world’s religions and impact in people’s lives is priceless. –Paul Turner Senior Faculty, California State University, Sacramento In the traditions of Joseph Campbell and Carl Jung, John Bingham provides pastors, clerics, rabbis, and the laity a judicious phenomenological survey of dreams and dreaming coupled with his seasoned perspectives on interpreting dreams so as to live into a deeper connection with God. I know of no other work that sets forth historical, theological, psychological, and scientific insight so as to be off-the-shelf-ready for teaching, reflection, and book-club study. –Scott R.A. Starbuck Lecturer in the Department of Theology and Philosophy, Whitworth University The world has marveled at the wondrous bounty bestowed upon Joseph in the realm of dream interpretation, but few have attempted (at least in modern times) to not just interpret dreams, but to understand the underlying desire to secure a personal connection with God. John Pratt Bingham is one of them. –Imam M. A. Azeez SALAM Center, Sacramento About the Contributor(s): John Pratt Bingham is an Episcopal priest in the Diocese of Northern California and a licensed marriage and family therapist in private practice in Sacramento. He is the author of Inner Treasure: Reflections on the Teachings of Jesus (1989).