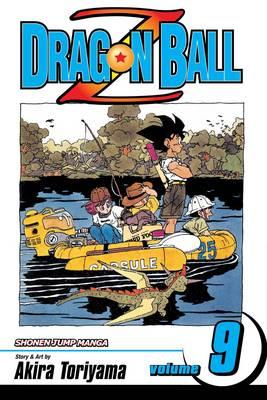 Sci-Fi martial arts action! After years of training and adventure, Goku has become Earth’s ultimate warrior. And his son, Gohan, shows even greater promise. But the stakes are increasing as even deadlier enemies threaten the planet. DRAGON BALL Z is the ultimate science fiction-martial arts manga. Goku and Captain Ginyu fight it out to the end–in each other’s bodies! With Goku’s life hanging by a thread, Gohan and Kuririn must use the seven Dragon Balls of Namek to summon the mighty Dragon Lord, who can grant any three wishes! But they’d better wish fast, because converging on them are Freeza, lord of the universe, and Vegeta, their evil ally–both seeking the Dragon Balls to wish for eternal life for themselves. Soon, all our heroes are forced to fight together against Freeza–and their salvation may come in the form of not Goku, but Piccolo, now stronger than ever!