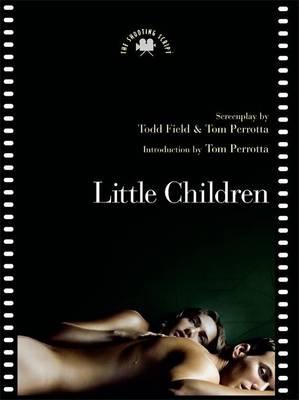 Little Children centers on a handful of individuals whose livesintersect on the playgrounds, town pools, and streets of theirsmall community in surprising and potentially dangerousways. While it is based on an acclaimed novel, Todd Field andTom Perrotta wanted to create a film that stood on its own,independent of the book. Tom Perrotta says: For me, as anovelist, the attraction of a film adaptation lies precisely in thisopportunity to re-imagine my book with someone else, andexplore new possibilities for the characters and the story. Todd Field elaborates: The struggle for identity is whatthese characters battle from the start; it leads to a hunger theyare unable to satiateviolence and fear hold sway. The shameof how they see themselves when the fingers start pointing.It was with this idea in mind that Tom and I began our worktogether. This Newmarket Shooting Script ® Book includes: Introduction by Tom Perrotta New Yorker film review by David Denby Complete Shooting Script 30 color still photographs Cast and filmmaker credits