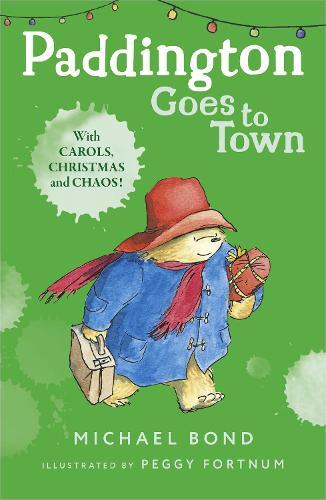 To celebrate Paddington Bear’s 60th birthday in 2018 this hilarious classic novel from master storyteller Michael Bond has been given a fresh new look. Paddington is now a major movie star! Paddington doesn’t intentionally turn his friend’s wedding into an uproar by getting the wedding ring stuck on his paw. Nor does he mean Mr Curry to slip on his marmalade sandwich in the middle of an important golf shot. But these sort of things just happen to a bear like Paddington! For nearly sixty years, Paddington Bear has touched the hearts of adults and children worldwide with his earnest good intentions and humorous misadventures.

END_OF_DOCUMENT_TOKEN_TO_BE_REPLACED

Paddington: The Original Story of the Bear from Darkest Peru

Paddington at the Carnival

Paddington at the Circus