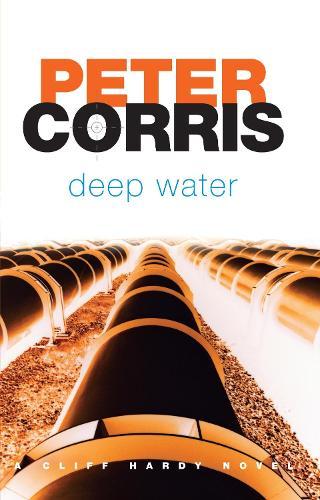 Winner of the Ned Kelly Award for Best Crime Fiction 2009 ‘The godfather of Australian crime fiction.’ Stripped of his private detective licence and devastated by the murder of his partner Lily Truscott, Cliff Hardy travels to the US to help Lily’s brother’s tilt for a world boxing title. In San Diego he suffers a heart attack and undergoes a quadruple bypass. He meets nurse Margaret McKinley, an expatriate Australian who is concerned about the disappearance in Sydney of her father - renowned geologist Dr Henry McKinley. Hardy undertakes to investigate in association with Hank Bachelor, his former associate who now runs his own agency. It turns out that McKinley had discovered a way to tap into the massive Sydney basin acquifer, a possible solution to the city’s water problems. Working with Margaret who visits Sydney, Bachelor, and his daughter, Megan, Hardy confronts an old enemy and contending forces bent on exploiting the discovery and prepared to kill for it. Energised by the case and by his attachment to Margaret, Hardy obeys the strict rules for the restoration of his health - but in pursuing the truth and the malefactors, he makes his own rules.

Stalwart private eye Cliff Hardy has lost both his partner and his detective licence, and has now been felled by a massive heart attack on a San Diego pier. During his recovery he meets and befriends an expat Australian nurse, who asks him to track down her father in Sydney – who has disappeared in the usual mysterious circumstances. Hardy knows he shouldn’t … but she’s so interesting and attractive, and he’s never been a man to shy away from a challenge. Returning home, he must stay under the radar, knowing certain individuals are determined to destroy him.

Corris’s usual tightly wound fare is further enhanced by the increased profile of Hardy’s daughter Megan – a budding detective herself.

Even a heart attack can't stop Cliff Hardy from pursuing the truth and big business.

On a cliff-face in New Zealand, two men fall to their deaths carrying the secret of a horrifying betrayal. Four years before, Luce, another member of the same close-knit group, had also died tragically while climbing. As the...