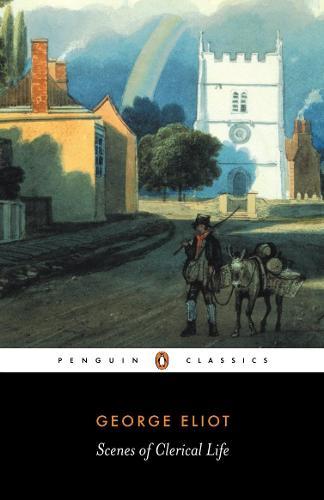 George Eliot (Mary Ann Evans) made her fictional debut when Scenes of Clerical Life appeared in ‘Blackwood’s Magazine’ in 1857. These stories contain Eliot’s earliest studies of what became enduring themes in her great novels- the impact of religious controversy and social change in provincial life, and the power of love to transform the lives of individual men and women. ‘Adam Bede’ was soon to appear and bring George Eliot fame and fortune. In the meantime the Scenes won acclaim from a discerning readership including Charles Dickens- ‘ I hope you will excuse my writing to you to express my admiration … The exquisite truth and delicacy, both of the humour and the pathos of those stories, I have never seen the like of.’