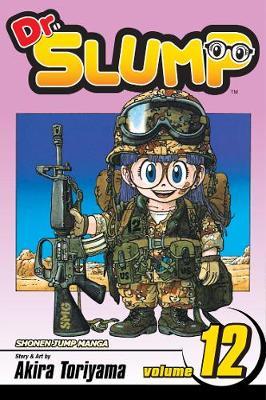 Robot girl hijinks from the creator of Dragon Ball! When goofy inventor Senbei Norimaki creates a precocious robot named Arale, his masterpiece turns out to be more than he bargained for! In an especially tearful episode, Senbei fixes the anti-gravity device on the Tsuns family’s rocket, and they leave Penguin Village forever…or at least, for a few pages. And in a slightly less tearful episode, Senbei fixes the anti-gravity device (again!), this time so that King Nikochan can return home–with some unwanted stowaways: Arale and the Gatchans!