Greene on Capri: A Memoir 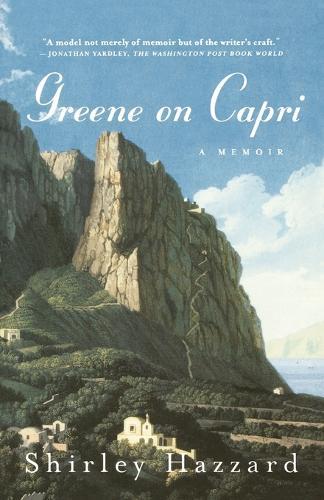 Greene on Capri: A Memoir

When friends die, one’s own credentials change: one becomes a survivor. Graham Greene has already had biographers, one of whom has served him mightily. Yet I hope that there is room for the remembrance of a friend who knew him-not wisely, perhaps, but fairly well-on an island that was not his kind of place, but where he came season after season, year after year; and where he, too, will be subsumed into the capacious story. For millennia the cliffs of Capri have sheltered pleasure-seekers and refugees alike, among them the emperors Augustus and Tiberius, Henry James, Rilke, and Lenin, and hosts of artists, eccentrics, and outcasts. Here in the 1960s Graham Greene became friends with Shirley Hazzard and her husband, the writer Francis Steegmuller; their friendship lasted until Greene’s death in 1991. In Greene on Capri, Hazzard uses their ever volatile intimacy as a prism through which to illuminate Greene’s mercurial character, his work and talk, and the extraordinary literary culture that long thrived on this ravishing, enchanted island.